Do I Need Headphones to Watch VR Videos? 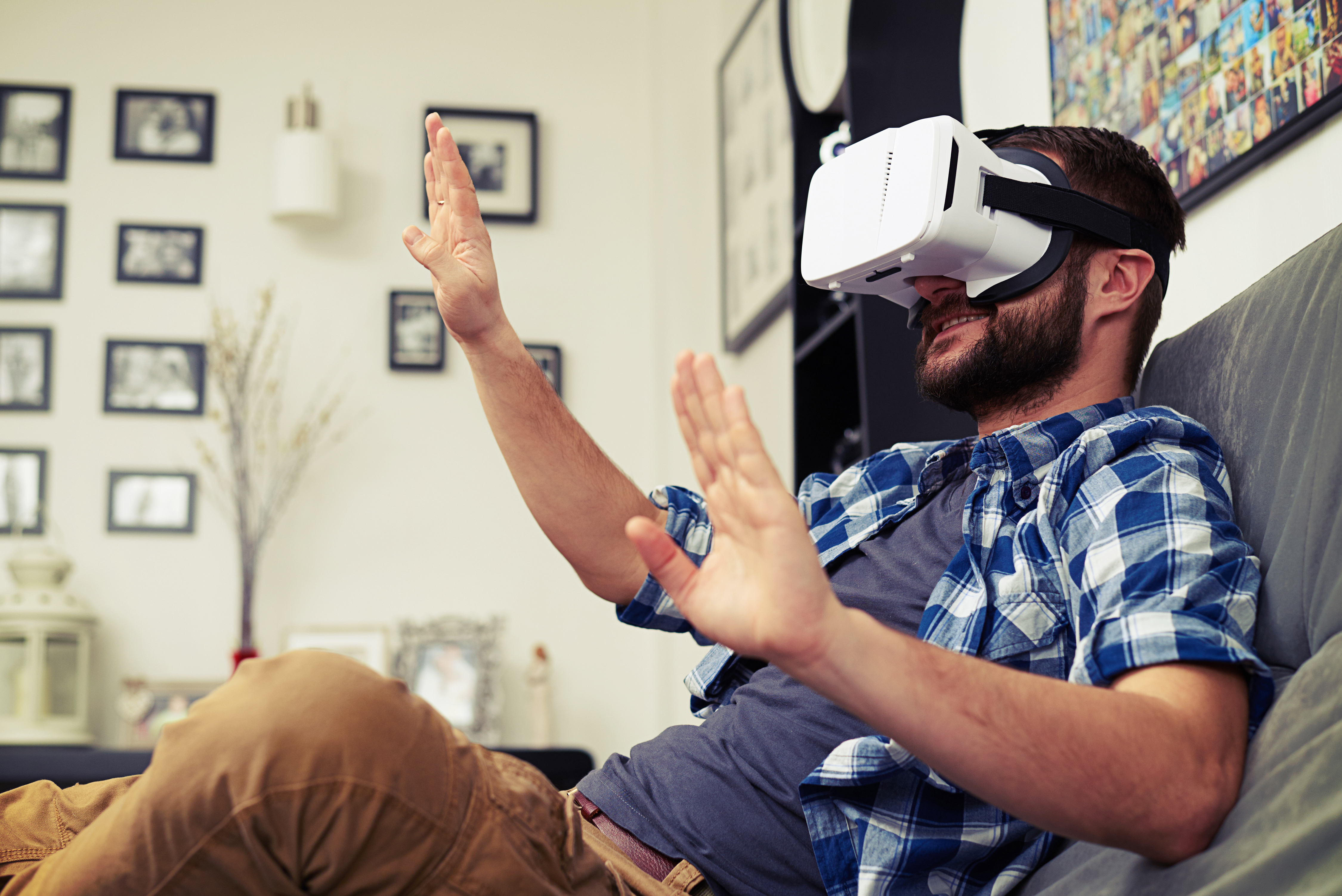 Virtual reality is the next step forward in terms of gaming and watching videos. The fully immersive experience is really cool and it allows you to feel like you are inside of a movie or game, which is pretty high tech no doubt. There are many different virtual reality setups out there, with some super high tech options like the PlayStation Virtual Reality Headset, the HTC Vive, and the Oculus Rift.

There are also some much lower tech options out there, like the Samsung Gear VR and the Google Cardboard. Now, this technology is still relatively new, and yes, people have questions about it. One of the main questions which people have has to do with sound and headphones. So, do you need headphones to watch VR videos? It’s one of the main questions we are here to discuss, along with others.

The Basic Facts – VR and Sound

The most important aspect of any virtual reality experience is the headset itself. It’s more or less like a thick pair of ski goggles that go over your eyes, which then work to simulate a virtual reality environment. There are of course cheaper models where you can simply put your smartphone inside, then strap to your head, or even just hold in front of your face. The more expensive options need to be connected to a computer or some sort of video game console to run properly.

In terms of whether or not you need headphones to watch VR videos, this really depends on the specific VR headset in question. Some of the most advanced options come with their own high-quality headphones integrated into them; some come complete with a separate pair of headphones; and others use the sound created by your phone as the main source of audio, but may still allow you to connect headphones. Technically speaking, you don’t really need to purchase extra headphones to watch basic VR videos, but it will certainly help.

The HTC Vive is the most expensive virtual reality system currently out there, and it can be used both for gaming and watching videos as well. It is regarded as being the most high-quality setup, or at least one of them, and it provides for a truly immersive gaming and video-watching experience.

The HTC Vive VR setup comes with its own earbuds, but they are fairly basic. They work well enough for watching videos and playing games, but by no means are they anything special. That said, the HTC Vive VR headset now has a high-quality over-ear headphone audio strap which you can purchase on the side, which has greatly improved sound quality. That said, you can also connect any headphones you want to this thing using the integrated audio jacks.

Now we have a much lower-end option, the Google Cardboard. This is a neat option if you want to enjoy some basic virtual reality videos without having to pay a fortune for a massive and high-tech VR headset. The Google cardboard is more or less a ski goggle made out of cardboard, of course with some modifications. You place your smartphone inside of the Google Cardboard, and then hold it to your face to watch VR videos. We said it wasn’t high tech, but it does provide a basic VR experience.

Now, in terms of audio, the device uses your phone as the main source of sound, or in other words, the speakers from your phone are what produce the audio. It does not come with any kind of headphones or connectivity. Therefore, if you want the best audio experience with the Google Cardboard, you will want to connect some headphones. The issue here is that the device itself may obscure headphone jacks, so using wired headphones is more or less out of the question, but Bluetooth headphones will get the job done.

The Samsung Gear VR is another budget-friendly virtual reality setup. Unlike the Google Cardboard, this one comes with a face strap, and it’s not just made of cardboard, so it is a little more durable and you don’t have to hold it up to your face with your hands. It’s a slightly more advanced option when compared to the Google Cardboard, and the video quality is also a bit better.

However, in terms of what devices it can connect to, the Samsung Gear VR can only use certain Samsung smartphones, which is a bit of a drawback, and yes, this is another one of those options that requires a smartphone to work.

Once again, in terms of audio, the sound here comes from the speakers of your phone, so while it does technically have sound of its own, it’s definitely not the highest quality. Luckily, you can easily connect Bluetooth headphones to your Samsung phone for increased audio performance. Just like with the Google Cardboard however, connecting wired earphones might be a bit of a problem.

Oculus Rift and the PSVR

Going back to higher end options, both the Oculus Rift VR headset and the PlayStation VR headset are top contenders out there, and yes, they are fairly pricey. However, they both come with their own audio systems, or in other words, they both include headphones; they aren’t the best quality headphones, but you can also connect your own.

At the end of the day, the simple answer is that you do not really need headphones to watch VR videos, at least with the lower end VR headsets. However, for the most enjoyable experience, you will want to use a high-quality pair of headphones to watch those virtual reality videos.