How To Tell if Your PC is VR Ready 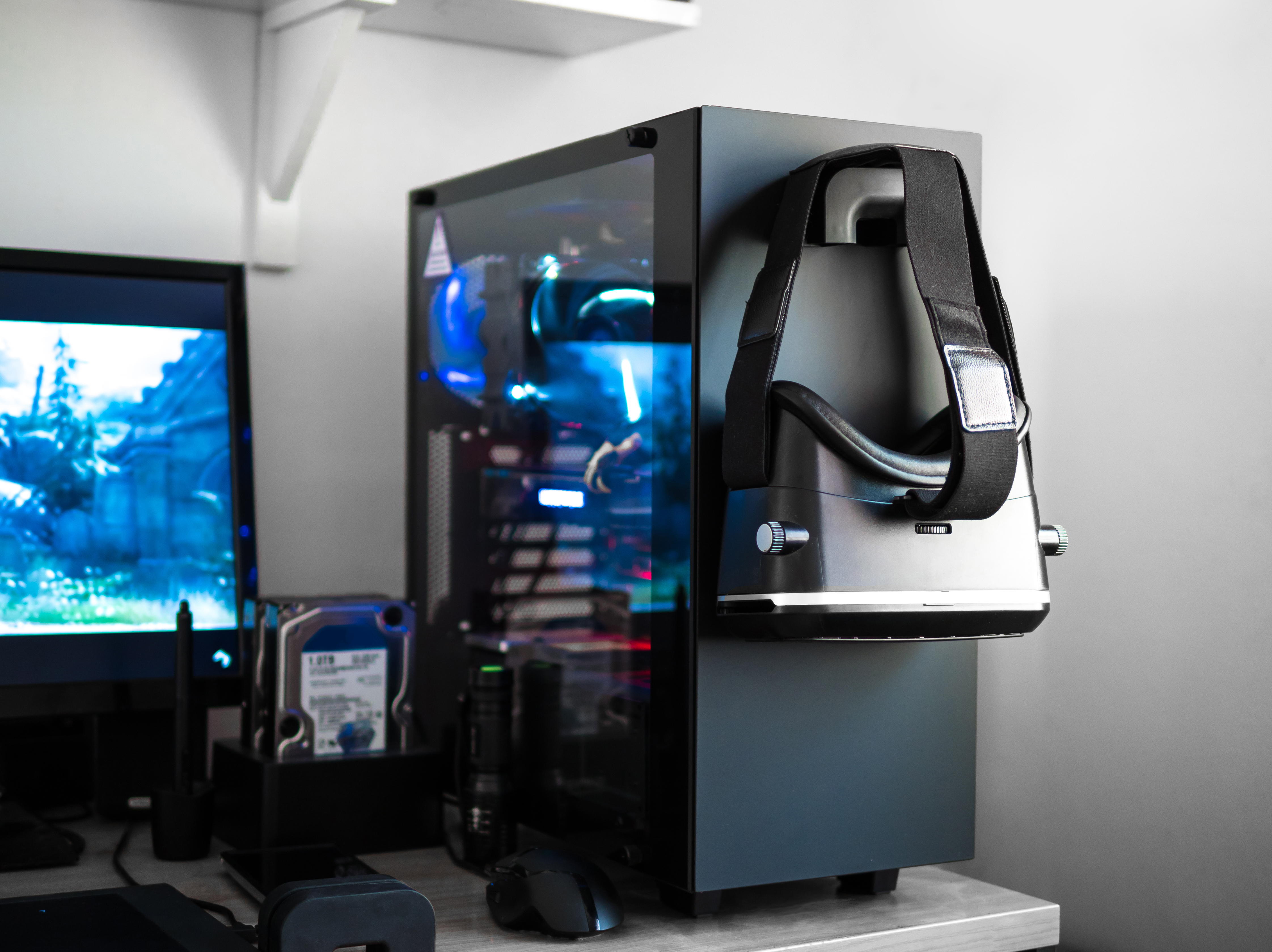 What is a VR ready PC?

Every day, we see new PCs being slapped with a “VR READY” label, but do you really know what that tag means? According to PC Mag’ encyclopedia, VR ready means a computer that’s fast enough to support VR applications and capable of delivering immersive gaming with richly detailed, 3D graphics, comfy gear and natural movements. Available as laptops or towers, such machines feature lightning-fast processors and graphics cards to deliver a premium experience on all titles and on all headsets. They also possess a large number of USB ports. In this article, we will show you how to check if your PC is VR ready.

Virtual Reality has taken over the video and gaming industry. VR continues to gain traction among consumers. A lot can be achieved with this new technology. Many big names including Samsung, Facebook and HTC have joined the bandwagon. Improvements like pixel densities, the precision of movement, refresh rates and the like continue to be made on the VR headsets to give users the best experience. With content for VR headsets maturing since their respective launches, there’s a rush by everyone to getting themselves a VR headset.

While there has been no shortage of focus on the innovation going into VR headsets, not much talk seems to take place around the setups needed to get high-end VR to run. VR gaming is much more resource intensive than monitor gaming. Having the right specs is probably the most vital step to enjoying VR gaming. An underpowered rig will only lead to stuttering animation, decreased immersion and motion sickness.

Windows seems to be the preferred OS for PC gamers. Unfortunately, only a small portion of mainstream consumers have PCs powerful enough to run VR. If you want to enter the VR world, the real question to ask yourself is, can my PC handle VR? Here’s how to find out.

Checking if Your PC is VR Ready

If your PC isn’t a new model, then there’s a huge chance that it isn’t VR compatible. You will be required to purchase a new one with the required specs and hardware. Higher resolutions, fast processors and graphics cards are required to run VR games. Luckily, there are easy and free ways to know whether your PC is VR-ready before making such a big investment. With the recommended hardware, top VR manufacturers have provided gamers with baselines to establish whether their PCs are VR compatible. Tools like HTC Vive Check Tool, Oculus Rift Compatibility Check Tool and the SteamVR Performance Test Tool can help you see if your PC is VR ready.

To check whether your PC is ready for Oculus Rift, you first need to download and run the Oculus Rift Compatibility Tool. This nifty tool scans your system and informs you if your PC meets the VR headset’s requirements. The tool will scan your hardware for processor, CPU, RAM and the USB ports  to check if they are good enough.

If your PC doesn’t pass the test, the tool will point out to you where the problem lies. Hopefully, the problem might be with the graphics cards and no need to change the entire hardware. If your PC meets or exceeds the recommended system specs, congrats! You can power the full Rift experience.

Minimum Requirements for the Oculus Rift

This tool measures your PC’s rendering power using a two-minute sequence. After collecting the data, this tool goes further to benchmark whether your PC can showcase VR contents at 90 frames per second, and if this is true, whether it can also do so at the recommended graphical quality. The SteamVR tool checks your PC’s VR readiness by showing 3 colors:

Red – shows your PC is not VR ready.

If you opt for the HTC Vive, you first need to download and run the HTC Vive Check Tool. It will quickly scan your system to check whether it meets the minimum recommended specs to run the VR headset. If your PC doesn’t meet the requirements, you’ll be forced to upgrade to a fully compatible system.

For the HTC Vive, consider the following minimum specs

HTC is pushing for the ‘Vive Optimized PCs’ which are compatible and ready for VR headsets. Users can purchase them from trusted brands dealing in computers and laptops.

The virtual reality revolution is fast approaching. The times when you would be in doubt whether your PC is VR compatible or not are long gone. Thanks to the above-mentioned tools, your doubts can now be cleared. Most latest model laptops and computers are able to meet the minimum standards. So, next time you go to a computer shop, be very keen on the specifications. You don’t want to miss out on Virtual Reality experience.

We enlist to you our top 3 Gaming PCs in the market: Best Overall, Best Value And Honorary Mention.

If you’re in the market for ultra-high quality 1080p gaming, then the Dell Inspiron 5680 is the PC you’re looking for. The computer is specifically designed and best suited for gamers. With the high prices of RAMs and graphics cards, we should warn you that this PC will cause a huge dent on your pocket, but every dime spent on it is worth it. The ultra-high quality 1080p visuals are attributed to its unbeatable NVIDIA GeForce GTX 1060 3 GB. Its system is user-upgradable, whenever you want, that’s why the designers have set up an m.2 slot on the motherboard. Just slot in your drive for an even faster PC. Other cool features that you settle for with this PC include a 1 TB Hard drive, 8 GB Memory, Intel Core i5 8400 CPU and Windows 10 Home.

You will love the Lenovo IdeaCentre y720 Cube for its party box design and carrying box; but that’s just its appearance, a lot more is in store for you. Its properties are console sensible and become more appealing to gamers. The PC comes with a pre-installed Xbox wireless Adapter for those who love using controllers on their PC, a feature highly praised. The gaming horsepower is quiet and efficient and doesn’t even require power cables to project its high-quality 1080p visuals. A downside to the PC is its lack of SSD, but this is understandable because the manufacturers were tight on budget. Still, the Lenovo IdeaCentre y720 Cube is one of the most affordable gaming PCs on the market. It is appealing to the eyes and highly efficient.

With many years in the game, SkyTech has a reputation for their quality products and this is evident through thousands of positive reviews from their loyal customers across many sites. So, if you decide to settle for the SkyTech Shadow PC, you are assured of maximum functioning. With the SkyTech Shadow PC, this is what you get: 8 GB RAM Memory, Windows 10 Home, WiFi Ready, AMD Ryzen 3 1200 CPU, and a free lifetime tech support based in the US. With the AMD Ryzen 3 1200 CPU and an additional NVIDIA GTX 1600, what you get is high quality 1080p gaming visuals. Thumbs up to the PC for their 802.11 bgn WiFi.

How to Set Up a VR Headset

Is VR Bad for Your Eyes?