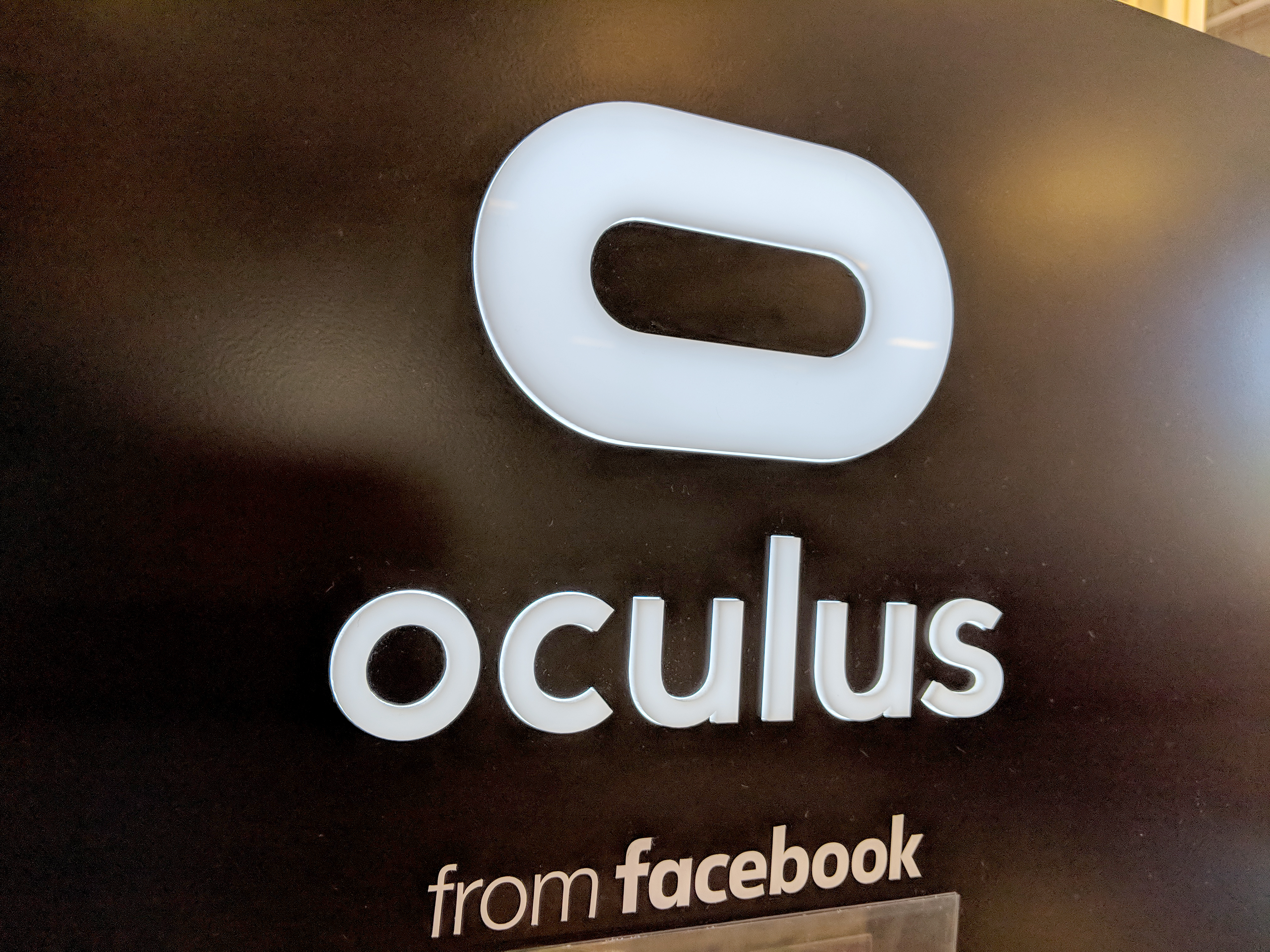 Welcome to the future, VR is here, and it’s awesome! Try popping into any tech store, and you will come across shelves full of VR headsets angling for your attention. Experiencing a virtual world is now as simple as donning a VR headset. VR provides a computer-generated environment complete with sounds, realistic sights and other sensations that you can explore by simply wearing a VR headset. The use of VR has spread across many industries, but it is mainly popular in the movies and video games industries. Big names have joined the race for VR, including the Oculus Rift.

Oculus can intimidate newcomers because VR is advanced technology and the tons of the information online makes it difficult to know where to start. I know this because at one time I was also a VR newbie. It’s not long since I used the Oculus Rift for the very first time. Since then, a day cannot pass without immersing myself in VR-related content. That’s why I’ve prepared this guide to help you get started. I hope you’ll find it as insightful as I do.

A Brief History of Oculus

About 6 years ago, an 18-year old entrepreneur, electronics enthusiast and self-taught engineer called Palmer Luckey launched an ambitious Kickstarter campaign to create the next great VR headset. Oculus VR was touted to be the future of VR by being more comfortable, immersive and more advanced than any other VR headset available at that time.

When Luckey was around 16, his interest in the concept of VR grew stronger. He wanted to purchase himself a pair of VR HMD to enhance his gaming experience, but he found the old VR prototypes not to be user-friendly. Regardless, he collected early attempts at VR headsets. By his estimates, he had the largest private collection of VR headsets.

Unhappy with the performance of the collected headsets, he studied VR for some time before he came up with the idea of making his own prototype. His idea was to build a stylish headset with the latest technology to address problems that past VR headsets had, mostly the general discomfort and nausea users felt when using the headset.

The Kickstarter campaign was hugely successful as it captivated crucial support from game-studio heads and programmers. The project took off and surpassed the $250k goal. Within 24 hours they had already raised $670k from 2750 backers. Palmer hosted a Reddit AMA at the end of the campaign to connect with the skeptics and supporters.

The first development kit DK1 was released to the public in 2012. It was well- received despite the low resolution, weak specs and unpleasant chunky design. People began using the Oculus Rift for gaming, movies, communication, travel, and education. YouTube was filed with Oculus Rift reactions, playthroughs with the headset, tutorials, and first initial impressions. The popularity helped to turn heads of some powerful corporations, including Facebook.

The Oculus VR company was later purchased by Facebook in March 2014 for $2 billion. In the next few years, Oculus has been making notable improvements on the original design to make it more innovative and capable. Since the first consumer version, there have been a number of developer versions of the hardware. The Oculus Kit Development Kit 2 DK2 was later released in July 2014. The resolution was improved from 640*800 in each eye to 960*1080. It featured positional tracking to deal with headaches and was also more user-friendly than its predecessor.

At first sight, the Oculus Rift may look like a relatively simple device, but it is actually an incredible kit packed with cutting-edge tech designed to generate a sense of complete immersion in a 3D world.

Oculus Rift gives notoriously smooth and immersive VR graphics that will enhance your experience. Video is sent to the headset via HDMI. If your PC has a newer graphics card, you will find the optional DVI adapter handy. If you are worried about resolution, this headset packs a resolution of 1200*1080 pixels/eye with an impressive 90Hz refresh rate.

The headset is fitted with hand-held Oculus Touch controllers and sensors that let you interact with the VR world. With the controllers and sensors, you can turn your body to look around your surroundings, reach out for things and perform other in-place motions. You can connect USB headphones to the USB port.

Using this headset doesn’t require a very powerful PC. Having the right tech with the required system requirements will enable you to explore the VR world conveniently. Recommended specs are a Graphics card equivalent to or greater than AMD R9 290/NVIDIA GTX 1060, 8GB RAM, Windows 7 64-bit or newer, Intel Core i5-4590 equivalent or greater and an HDMI-compatible 1.3 video output.

The Oculus Go is the third headset from Oculus, and it sits at a sweet spot between the Gear VR and Rift. It is the perfect starter VR headset as lets you experience VR without wires, a PC attached or a special smartphone. The cord-cutting nature gives you a new level of freedom. It has 3DOF and a 2560×1440 pixel LCD display.

Being wireless significantly improves portability of the headset and lets you experience VR anywhere in the world. The audio drivers built into this cordless VR headset means you don’t need headphones to get an immersive sound. It is more comfortable and fully adjustable with breathable fabrics and can be conveniently used with glasses.

The Quest is set to be Oculus’ first all-in-one VR headset that is not only wireless but also does not need a powerful gaming PC or a game console to run. It will have its own GPU, CPU, on-board display, memory and storage. Unlike the other models, it is designed to provide the first true wireless VR experience and be more accessible, user-friendly and affordable.

This powerful headset supports better freedom of movement, accurate tracking, and enhanced gaming experience. You can use it in any room, as long as you have space. The lenses will offer a resolution of 1600*1440 per eye, with a superior Field of View and refresh rate. The built-in spatial audio system means you don’t have to use headphones to get high-quality sound.

How To Use The Oculus Headsets

To start, download the Oculus software on your PC, follow the setup process and sync the controllers. Before you play around with the software, it’s advisable you plan out your play space.

The pair of custom-made lenses in this headset takes the flat images on the screen and change them to provide you with the illusion of filling your FOV to create a feeling of depth. The lenses focus and reshape the image for each eye and generate a stereoscopic 3D image. This is made possible by angling the two 2D images to imitate how each of your two eyes sees the world. By combining these photorealistic graphics with the freedom to move around in the virtual space, you’ll get a feeling that you’re actually in the virtual world.

If you are a gamer, you will appreciate the impact the Oculus headset has on gaming. It gives you the ability to move your hands and head around. These movements translate into the game world, giving you an immersive experience. You can look behind to see what monster is chasing you or look up and glance at the rear view mirror when racing. All these experiences make you feel like you are part of the game.

What Is It Like To Use Oculus For Gaming?

Using this headset is just like playing any other video game, except you will feel like you are actually inside the game. Being able to actually crouch, walk around, grip the wheel of a racing car, solve puzzles or lie prone is quite a thrill.

The library of games is extensive enough to provide you with the ultimate gaming experience. All kinds of developers have been working on games for Oculus Rift. There are all genres of games: sports games, shooting games, racing games, adventure games and role-playing games.

Will Oculus Make Me Sick or Dizzy?

The Oculus Rift was designed to be as comfortable as possible, so if used correctly you will not experience problems.

For the most part, you will know when it is time to take the headset off. If you feel any kind of eye strain or discomfort, this is an indication that you need a break.

Is It Safe For Kids?

In their Health and Safety information, Oculus make it very clear that this VR headset shouldn’t be worn by kids under the age of 13. This headset is not sized for children. Why 13? VR manufacturers including Oculus have picked 13 as the age range to draw the line in line with guidance from data and medical professionals.

When it comes to VR innovations, Oculus is not taking its foot off the gas pedal. The Facebook-owned company has an impressive line of products, with the next big project – the Oculus Quest expected to be released sometime this year. We have prepared this guide to help get familiar with Oculus before you go ahead and purchase your next VR headset.

How to Set Up a VR Headset