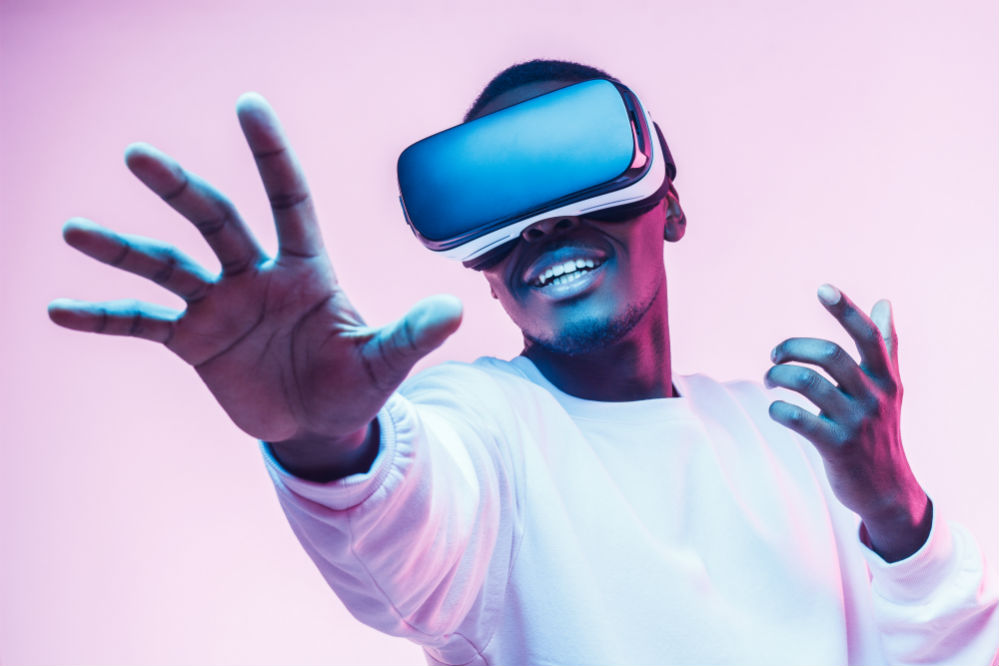 Virtual reality is gaining more popularity each day, which means that VR headsets are also gaining the same amount of fame. While several are content with those average-quality VR headsets that you need to stick in your phone, there are few folks out there who need more. If you’re one of those, then the Oculus Go is a VR headset that would definitely interest you.

Oculus VR is an American based company headquartered in California that was founded by Michael Antonov, Palmer Luckey, Nate Mitchell, and Brendan Iribe in July 2012. The company is known to specialize in virtual reality software and hardware products. Their VR headsets are considered to be one of the best on the market.

The performance they offer is incomparable, and they are built to last a long time. The company also partnered with Samsung to develop Samsung Gear VR for the Samsung Galaxy smartphones in November 2015.

The Oculus Go is a fantastic VR gadget that shows the world what the future of virtual reality actually is. Let us talk about it more in detail below.

The Oculus Go is a simple and elegant VR headset. Thanks to its slate-gray color, you could confuse this gadget with the Daydream View by Google.

The Go has a frame which is made from durable plastic with a matte finish. The front plate is crafted from aluminum with the brand name printed in a small sized font with a slightly darker shade of gray.

This headset’s design also makes it comfortable. Inside, it is made of soft foam which is wrapped with a black and gray knit mesh that is made from spandex and nylon. Even the straps holding the headset are made from stretchy, soft, wide bands with Velcro ends.

There are too many buttons or ports on the headset as it is meant to offer a wireless experience. There are a headphone jack and a USB port on the left and a volume rocker and power button on the top.

In terms of measurements, the gadget comes in at 7.5 x 4.1 x 4.5 inches, while its weight is at 16.5 ounces. This is fairly compact and also light in comparison to several other VR headsets.

The Oculus Go is made with materials which are soft, and that makes it quite comfortable. Even wearing the headset for an hour or two at a stretch will not leave you with any discomfort.

You can also use this headset with your spectacles. Even for those people with big or long hair will not find any issues using this VR headset as its straps are comfortably stretchy.

While this VR headset does not need to connect to a smartphone unlike most VR headsets, you will still need your phone to do the setup process. This process takes no more than five minutes to complete after downloading the Oculus app on your device. The app will thoroughly guide you through the process of connecting the headset to the WiFi.

This VR headset can run independently of a PC or a smartphone with the help of the Qualcomm Snapdragon 821 Processor. It comes in two variants; you can choose between 32GB storage and 64GB storage.

The VR headset can offer a stunning high-resolution video with crystal clear detail. It also features a 5.5-inch screen with a 2560 x 1440 WQHD fast-switch LCD, which means this will translate into 1280 x 1440 per eye.

The Go’s fast-switch panel will allow the pixel color to change faster in comparison to a regular LCD panel. This, in turn, will help cut down on the blur as well as motion sickness when you are turning and twirling around while wearing the VR headset. It also improves overall visual clarity. This Go’s screen has a refresh rate which can vary between 60 Hz and 72 Hz, but this depends on the app or the game.

The Oculus Go can undoubtedly offer you a jaw-dropping experience with the audio and the video. The Go features crystal clear optics along with state-of-the-art 3D graphics which will make you feel like you are watching a video or playing games on your own personal theater. Even the audio is clear and with it, you will be able to hear the smallest of smallest details like a gentle swish of the wind or a delicate tinkling of a piano.

The company claims that the Go can offer up to 2.5 hours of battery life, but that depends on the kind of activity. What we found was when playing a game, it can offer up to an hour and 45 minutes of play time, which is quite impressive, to begin with.

The Oculus Go definitely marks a whole new era for virtual reality. This VR headset will allow anyone to simply slip it on their heads and be able to dive into virtual realms. While there are a couple of issues, in the larger picture, they are pretty much insignificant thanks to its comfortable fit, excellent visuals, and a solid build.

We compared the Oculus Go with the RtTech VR Headset because it too is a standalone VR headset. Likewise, both come with an in-built 5.5-inch screen that offers an immersive experience. But that’s about it.

There are some major differences between these two headsets. For starters, the overall build quality of the Oculus is significantly better than its counterpart. Even though both headsets have a 5.5-inch screen, the Oculus Go’s screen has a higher quality resolution which makes the visuals better. Lastly, the head strap of the RtTech headset is not as comfortable as its counterpart.

The Oculus Go is a brilliant VR headset for those looking for more than just sticking their phone inside an average VR headset. This headset offers great features, starting from the impressive battery life to the crystal-clear detail in the visual and fantastic sound quality. We can say this with certainty that you will not at all be disappointed buying this headset.